Zip2 was Elon Musk’s first company and it sold for $307 million in 1999. For most people, that would be the high point of a lifetime, but Musk looks back on the experience with frustration and disappointment.

For most people, that would be the high point of a lifetime, but Musk looks back on the experience with frustration and disappointment: He wanted to realize the full potential of the Internet, but all he did was make himself rich.

Whatever else went wrong with Zip2, Musk definitely chose the right time and place to launch the company: Silicon Valley in 1995, the year the consumer Internet was born. Musk moved to San Francisco after graduating from the University of Pennsylvania with degrees in physics and economics. He planned to do his PhD in materials science at Stanford, but a few weeks before classes started, Netscape went public with a valuation of nearly $3 billion. Musk was already aware of the business potential of Internet, but now he saw that Internet companies were about to have their moment, and he wanted to be part of the action. He lasted two days at Stanford before dropping out to launch his first online venture. 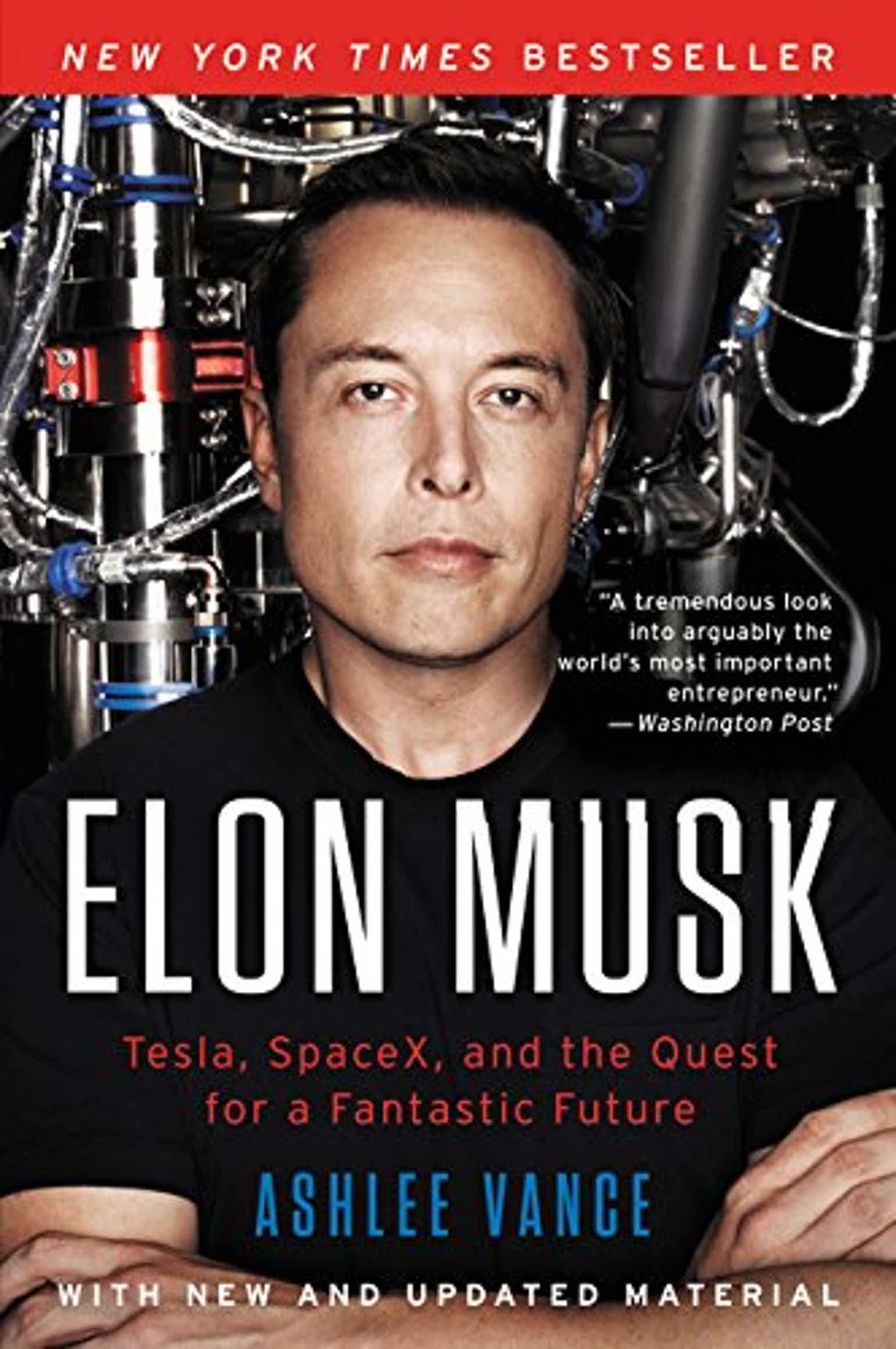 Elon Musk: Tesla, SpaceX, and the Quest for a Fantastic Future

The way the story is usually told, Musk didn’t know what kind of company he wanted to create, just that it should be an Internet company. In fact, he’d done an internship in Silicon Valley the previous summer, where he happened to hear a bungled pitch from a YellowPages sales rep for an online listing to go with the printed book. While the rep clearly didn’t know what he was talking about, Musk recognized that searchable web directories were a quick and easy way to offer value online. He began scheming with his brother Kimbal—who would join him in California as his co-founder and business partner—about ways to capture the opportunity. 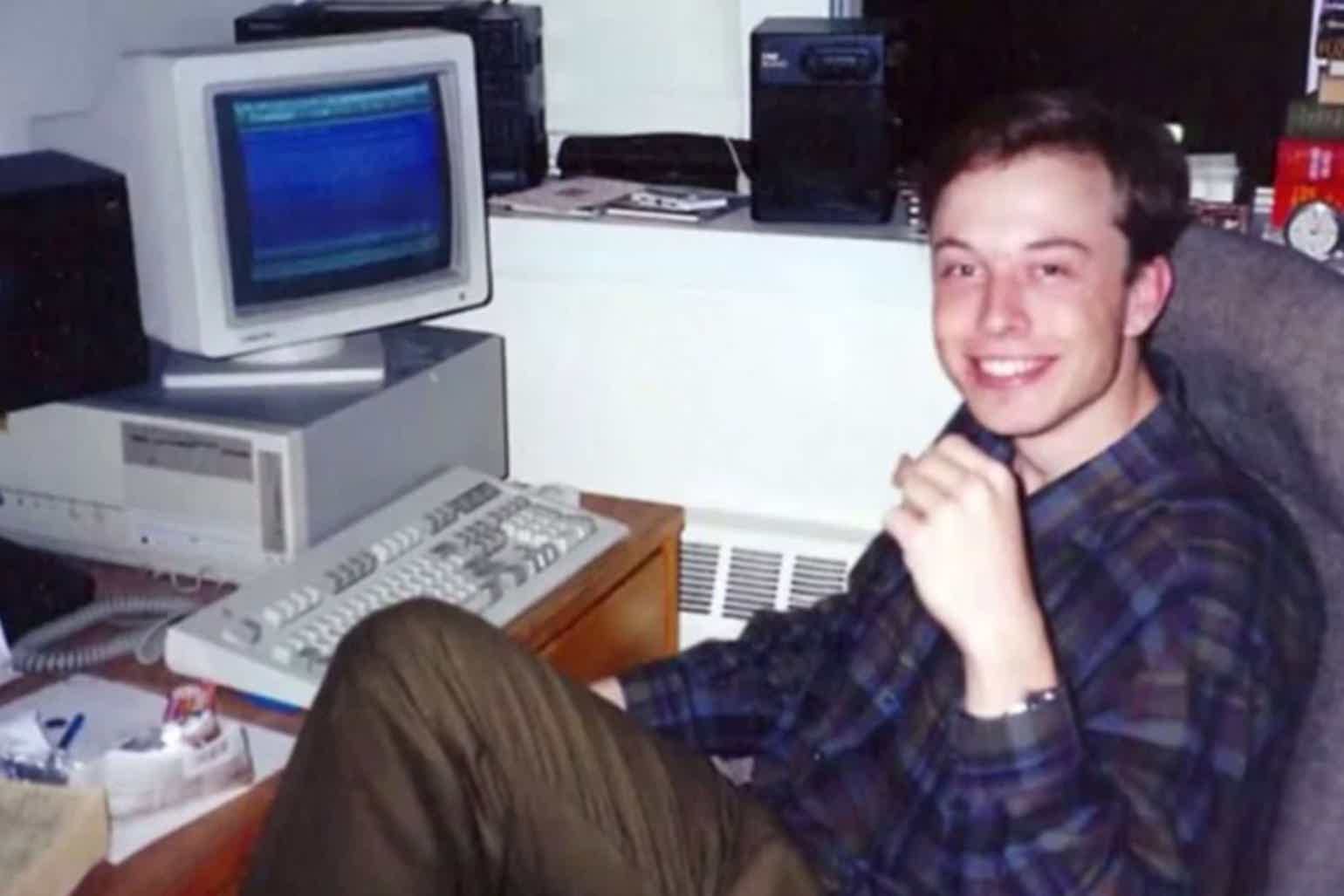 The first thing Musk did was purchase a local business directory for a few hundred dollars. Next, he negotiate free access to digital mapping software from a GPS company called Navteq. From there, the concept was straightforward: He’d simply write the necessary code and put the two databases together. Everyone should be able to find the closest pizza place and figure out how to get there, Musk liked to say.

Today, the utility and appeal of such a service is more than obvious, but at the time, the brothers had trouble convincing anyone else to believe in their idea. The small businesses they approached didn’t see the point, and even venture capitalists were slow to grasp the potential. “Back in ’95, there weren’t very many people on the Internet, and certainly nobody was making any money at all,” Musk said in an interview in 1999. “Most people thought the Internet was going to be a fad.”

Since Musk and Kimbal weren’t going to get any funding with a mere proof-of-concept, they had to build out the company using their own capital, and there wasn’t much of it. When Zip2 launched, Musk only had $2,000 in the bank. Kimbal had a bit more, having recently sold his share in a College Pro Painters franchise, but most of their startup costs were covered by their father, Errol Musk, who gave them $28,000 to get going.

An early photograph of Musk and Kimbal

Since Musk and Kimbal barely had any money, they came up with an elegant solution: they hardly spent any. “When you are first starting out you really need to make your burn-rate ridiculously tiny,” Musk said at a talk at Wharton Business School. “Don’t spend more than you are sure you have.” For the two entrepreneurs, applying this principle meant sleeping on futons at the office rather than renting an apartment, and showering at the YMCA a few blocks away. “It was the best shape I’ve ever been in,” Musk told a crowd at Stanford in 2003.

Even after sacrificing their own living quarters, they still had to keep operations extremely lean. They shared one computer between them; Musk programmed at night and turned the server on during the day. At first, the best Internet connection they could afford was through a cheap dial-up modem, but eventually they were able to convince an ISP startup in the office below theirs to let them plug in. Musk drilled a hole in the wall and ran a cable down the stairwell.

Once the website was up and running, Musk hired three salespeople on commission. They went door to door in malls and shopping districts to sell sponsored listings. Slowly, the money started to trickle in. One of the benefits of keeping expenses so low is that even with a small amount of revenue, the brothers were able to achieve positive cash flow early on, which looked good to investors.

The brother’s hard work and early sales eventually earned some attention from the venture capital community in Silicon Valley, which had finally clued in to the potential of the Internet. Musk wasn’t above using smoke and mirrors to impress them, reports Ashlee Vance in his authoritative biography Elon Musk: Tesla, SpaceX, and the Quest for a Fantastic Future. The young entrepreneur built an elaborate casement around the PC that housed the Zip2 server and stacked the whole thing on a large, wheeled base, to make it look like “a mini-supercomputer.” The trick worked, and investors were suitably amazed, not only by the futuristic machine, but by Musk’s do-or-die approach. “My mentality is that of a samurai. I would rather commit seppuku than fail,” he told one (though Musk later denied having said this).

At last, Musk’s big gambit paid off, and in early 1996 the firm Mohr Davidow Ventures invested $3 million into the company, on the condition that Musk hand over most of his shares and cede operational control to a seasoned tech executive named Rich Sorkin. Musk was demoted to Chief Technology Officer, and not surprisingly, he hated to see someone else run his own business. But he needed the money to take Zip2 to the next level, so he took the deal.

Under Sorkin, Zip2 shifted its focus from local to national. Instead of helping flower shops and auto dealerships stake their claim on World Wide Web, Zip2 began offering a platform service to newspapers across the country, so they could create their own local directory services. The New York Times Company signed up for its first website with Zip2, along with the Chicago Tribune and big media properties like Knight Ridder and Hearst Corporation. Craigslist hadn’t yet robbed the newspapers of their classifieds cash-flow, but the writing was on the wall. Media companies still had money to spend, and they knew they needed to do something to avoid getting rolled under. For a time, Zip2 played the white knight to print publishing, and the company grew quickly as a result.

With all the new money, Zip2 was finally able to hire software engineers and even poach some of the best talent in the Valley. Musk had done most of the initial coding himself, and though he was a gifted programmer, his work clearly showed that he was self-taught. The new programmers found that they needed to rewrite most of the software, to make it more efficient. Musk’s DIY approach to coding didn’t include chunking, so he inadvertently created a “hairball”: a tangled mess of code that’s nearly impossible to unravel if anything goes wrong.

But Musk didn’t always agree with the changes, and he had a bad habit of returning the favor. Often he would re-write his programmers’ code after they left work at the end of the day, without telling them of the changes. He was also prone to micro-managing and rudely criticizing his team. Needless to say, they found him difficult to work with. Musk never stopped himself from bluntly correcting others when he thought they were wrong. As a child, this alienating habit earned him the unwanted attention of school bullies. In his first company, he won the begrudging respect of his employees, but not much affection.

His lack of social delicacy definitely impacted his working relationships at Zip2, but mostly importantly with Sorkin, whom Musk accused of mismanaging the company. Although the money coming from media partners had made Zip2 very profitable, Musk felt that Sorkin’s strategy had compromised the company’s potential to reach consumers directly. To Musk, they were helping the old-guard defend against Internet encroachment, rather than making the Internet more exciting and impactful for users.

In 1998, three years after Musk arrived in Silicon Valley, Sorkin tried to merge Zip2 with CitySearch, a comparable service with more national reach. Musk assented to the deal initially, but later rebelled. He organized a coup to have Sorkin ousted and himself reinstated as CEO. The plan worked at first, and Sorkin was dropped, but it quickly backfired when Zip2’s board turned around and sold the company to Compaq, which was trying to beef up its AltaVista web portal. Musk never even considered sticking around; he was ready for the next thing.

Musk often says that he never expected any of his ventures to be successful, including Zip2. But, like many other Silicon Valley entrepreneurs, his willingness to take risks is a major point of pride. To repeat one of his most often quoted sayings, “Failure is an option here. If things are not failing, you are not innovating enough.”

Still, failure isn’t sweet. At an awards ceremony in 2011, Musk spoke briefly about his time at Zip2, in a tone of self-reproach. “I was very naive and much stupider than I am now. I wish I could go back and give myself a slap on my face.” He added, “I was trying to make up for my mistakes by working really, really hard." Musk didn’t clarify which mistakes he was referring to, but in Vance’s book, he shared some of his regrets about his poor leadership and communication style.

“Even if they would like to behave like you, they don’t necessarily have all the assumptions or information that you have in your mind,” Musk said, speaking of his employees and colleagues. “You have to put yourself in a position where you say, ‘Well, how would this sound, knowing what they know?’”

Whatever the lessons, Zip2 gave Musk everything he needed to start his next company: the financial capital, but more importantly, the frustrated sense of disappointment at how things had worked out, and an urgent desire to do it better next time. Musk took his share of the sale and bought himself a new home and a Maclaren F1—the fastest car in the world at the time, and a decent symbol for Musk’s approach to life. The rest he invested in his next venture, X.com, which ultimately became PayPal.

Elon Musk: Tesla, SpaceX, and the Quest for a Fantastic Future